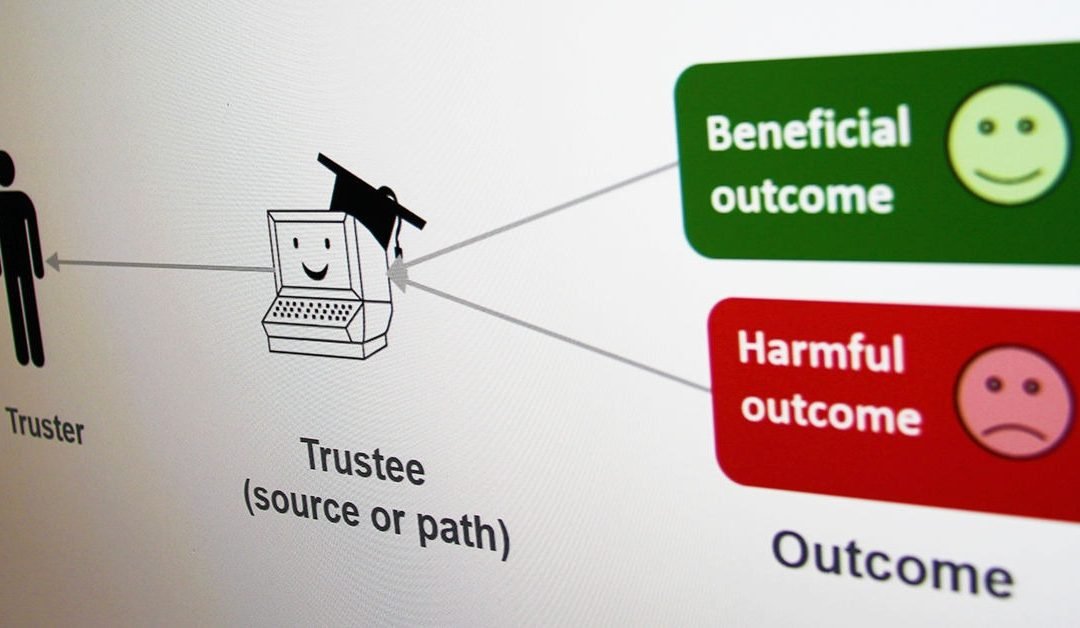 If I could put together a list of the top scientists who’ve contributed most to the study of online behavior change, my first pick would be to nominate the late Professor Clifford Nass.

The reason for this is simple. Professor Nass pursued one of the most counter-intuitive research tracks, trying to understand why people interact with technology in ways that are similar to how they interact with other people.

Professor Nass studied how people took offense to rude computers, collaborated with BJ Fogg to research how flattery shaped user emotions, and studied how user feelings towards software changed when their personalities were matched or mismatched, such as introverted users on an extroverted app.

There are so many things I admire about his research. But the one model I’ve found most helpful, was his attempt to explain why people interact with technology like other people, through a model he called “the media equation”.

But also, if you interact with technology that acts human, to some extent you’ll feel the same emotions, as if you were interacting with a real person.

So when you read web dialogue written in a respectful tone, to some extent you will feel the same emotional reaction as having someone treat you with respect. When you’re insulted by a rude computer, chances are, that to some degree, you’ll avoid the physical device, just like a nasty, snarky person–and possibly resent that awful app.

If you think about it, this doesn’t make any sense. How could people react emotionally to technology? After all, you’re a rational person, and why would you let some silly app hijack your reasoning? Chances are, if you’re human, to some degree, you would.

Over the decades, Nass’ research has helped us to understand how people extend their human-centric thinking to technologies, how technologies can trigger emotions, and how these emotions influence what users think and do.  Although there are various theories used to explain why the media equation exists, I’ve never found them convincing.

Nass’ work sits at the essence of everything I teach. Anyone’s who’s attended my training, knows that I approach digital behavior change by first defining the relationship that exists between our technology and its user, and then building-out from there.

One of my academic innovations, was to fuse all principles of behavior change and persuasive psychology into a circular communication model, that explains all the major behavior change principles in a system that’s intuitive and practical. Specifically, it’s based on a two-way relationship between our technology and our target audience, within a social context.

You can also think of the source, like the author of a book, who you may not have met personally, but after reading their book, you feel like you know them very well. When it comes to an author, the concept of a source is easy to understand, but quite often the source is something abstract. We often have relationships with non-human sources too, including organization, brands, and technology itself.

A source is literally anything we can interact with, that can earn a reputation, and be trusted or distrusted. But also, sources can have personality. Since distrust is an absolute deal breaker when it comes to influence, if we don’t start with authentic and honest relationships, there won’t be too many opportunities to use any other behavior change tactics. This is why I like to start my training by focusing on source psychology, which also happens to intersect with the psychology of branding.

Oxytocin and the biological-basis for emotional design

For some time, I’ve suspected that the neurotransmitter oxytocin was doing more than just shaping human-to-human relationships, and that it was also playing a key role in human-computer-interaction. I’m now of the opinion that the reason why nobody has come up with a convincing explanation for the media equation, is that the scientific knowledge required to crack it, is just starting to emerge.

Oxytocin is the neurotransmitter that plays a role in human perception, emotion, motivation, and cognition, specifically for processes tied to our social behaviors. It plays a key role in our ability to recognize faces, focus on eyes, read other people’s emotions, feel attracted to others, share and cooperate, and also feel loyalty.

On the negative side, it appears to play a role in tribal us-versus-them instincts, with intranasal oxytocin spray inducing greater in-group trust and cooperation but also greater out-group distrust and hostility. Also, studies show it influences envy and jealousy, attachment anxiety, and there may be evidence that it’s tied to the emotional pain felt from breakups. I don’t mean emotional unpleasantness, I mean the type of emotional pain that is so acute, it physically hurts.

For a few years, I’ve suspected that the key to understanding our relationships with technology, was to be found in a deeper understanding of oxytocin and its role in shaping our social attachments. There’s growing evidence of this, but a recent study on branding and oxytocin may provide the strongest link yet.

Oxytocin shapes our relationships with brands

In 2015, a team of researchers carried out a truly original study, that examined the role of oxytocin in shaping consumer-brand relationships. They published their findings in a paper called “The neuropeptide oxytocin modulates consumer brand relationships”.

The research team looked at human relationships with brands, based on three levels of humanization. The first category were branded objects presenting themselves as non-human logos or system of visual design, like companies that only draw images of logos and branding, such as IBM.

Second, they looked at semi-human branding, pairing a logo with a person or mascot such as the Microsoft which is often pared with Bill Gates, or Apple which is virtually synonymous with Steve Jobs). Finally, they looked at human brands, when the person is the brand, such as Miranda Sings, Joey Ramone, Kurzweil, Aristotle, and Oprah.

What they found was that the more humanized the brand, the more oxytocin shapes the nature of the relationship. The researchers found that oxytocin shapes people’s emotional connection with brands, impacting their feelings of intimacy, self-connect, commitment, satisfaction, trust, and loyalty. However, the impact of oxytocin was mixed, with oxytocin boosting the emotional impact with one group and reducing it in another. The first group of people who were more socially oriented and a more female dominated, felt the effects of humanized brands more, feeling a deeper connection with humanized brands.

However, the second group of people who were more engineering and technical people with a greater numbers of men reacted the opposite way, where oxytocin caused them to feel less attachment to humanized brands. This paper also showed that after interacting with their favorite brand, subjects’ oxytocin levels shot-up, similar to what happens after looking at a picture of loved one.

Could oxytocin explain some of our irrational technology emotions?

So can we generalize these findings from consumer-brand neuroscience to websites, apps and digital marketing campaigns? Since the science hasn’t fully looked at oxytocin and human-computer relationships, here’s my best speculation, given the limits of today’s knowledge. When we use generic technology that just provides a service, I believe that oxytocin is relevant to our relationships but the emotional impacts are far weaker.

This is similar to what happens when we ask a stranger for directions or use a generic MP3 player. We don’t feel much emotional attachment to the stranger, and the MP3 player is simply something we use as a tool. Maybe we appreciate the stranger’s help and MP3 player’s functionality, but there’s not enough interaction for a relationship to take hold.

Just as oxytocin’s effect seems to modulate depending on whether it operating in a relationship with a strong versus weak relationships, I suspect its effects are more profound when using technology that we use regularly, especially those technologies human-like traits, backed by a well-known, and well-trusted brand.

If we introduce a humanized brand, technology or hybrid that merges these qualities, then we’ll find ourselves in a position to play on the psychology of human-human relationships. At this point, we can start to see oxytocin playing a more profound role in shaping our human-technology relationships, with a disproportionately larger capacity to foster user experiences that are more enjoyable, and longer lasting.

When we look at companies that have mastered the art of humanizing their brands and technology, we start to see some examples of customer engagement and loyalty that can only be described as fanatical, and at times, unexplainable.

Few people can explain how Apple managed to build-up a client base of people who don’t just buy their product, but act as brand advocates, and even reach shocking levels of emotional attachment, with hard-to-believe levels of trust, loyalty, and in some cases tribal attitudes with touch of hostility to outsiders, particularly Microsoft users.

A large part of their success rests on great products, but there’s something more to Apple than their products, so let’s see how oxytocin can help explain what’s going on. Apple has a semi-humanized brand, with Steve Jobs being synonymous with Apple Inc. Their unified hardware and software provides an integrated user experience, where Apple’s products often come with an integrated physical devise, OS and software.

I believe unification is the key to forming a strong emotional connection, because Apple can engineer a stronger source effect (brand experience) across the entire product, and monopolize their relationships without much competition. And cutting across the entire user experience, are functionality and interface dialogue that I can only describe as the embodiment of Nass’ numerous insights on how people connect emotionally, with technology.

As I see it, beyond a great product, Apple’s edge is a rock solid understanding of humanizing not just their brand, but also their technology. I believe the more we understand oxytocin’s role in shaping human-with-human relationships, the more we’ll understand what drives user-with-technology relationships.

Since customer satisfaction, trust and loyalty are key factors in organizational profitability, there’s a good case to be made for more professionals learning how to build technologies around these powerful emotions. But there’s one final catch, oxytocin isn’t easily triggered through deception.

Evolution’s caught that loophole, as oxytocin not only increases distrust towards threatening persons, but also, it’s associated with uncooperative behavior. And fraudsters can’t just spray oxytocin on people to induce trust, as its effects don’t  work under conditions of deception.

So if you want to trigger oxytocin in a good way, your best persuasion strategy is to build-out from your source, and to ensure that the people who define your brand express themselves authentically and ethically, in everything you do.