Dr. Cugelman joins an inspiring lineup at TEDx Toronto in 2015

We are excited to announce that our Senior Scientist and Director at AlterSpark, Brian Cugelman, PhD, has been selected to speak at the upcoming TEDx Toronto event on October 22, 2015.
The theme of the 2015 conference is Thresholds, dedicated to stories of courage, vision, and remarkable breakthroughs. Dr. Cugelman is honored to have the opportunity to discuss his research and outstanding work in the area of digital psychology. He will be in the company of other admired keynote speakers who have also demonstrated vision and innovation in their respective areas.
Details about his speech are under strict embargo, and the TEDx organizing committee has just released this introductory video:


This will be the seventh annual TEDx Toronto conference, hosted at the Royal Conservatory of Music.  TED (Technology, Entertainment, and Design) is a non-profit organization focused on sharing powerful and profound ideas in the form of short talks by esteemed thinkers and speakers. 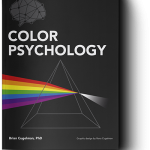